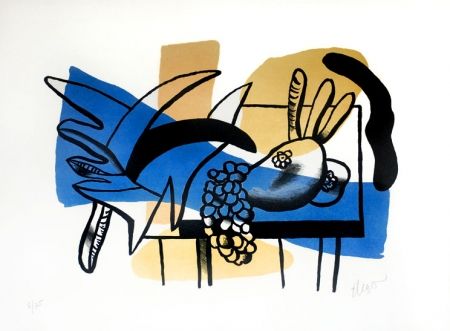 Based on an original work by Fernand Léger (Argentan, 1881- Gif-sur-Yvette, 1955), Nature Mort Aux Fruits was collaboratively created in graphic form by Fernand Léger and Fernand Mourlot. Utilizing bold black lines, Léger depicts abstracted fruits resting upon an undefined table-like surface. Léger plays with space and depth, for the viewer cannot quite make sense of the objects - the table appears to have no end, and the forms upon it seem to dip and dive through each other. The fruit also remains a mystery - the viewer might spy a bundle of grapes, a banana, or a mango but cannot be so certain in labeling their identities. Léger's use of color further energizes the piece by creating strong verticals and diagonals. While one may attempt to assign meaning to the different planes of color, Léger avoids complete definition. The organic quality of the forms also adds a sense of movement to this twist on a still-life work. 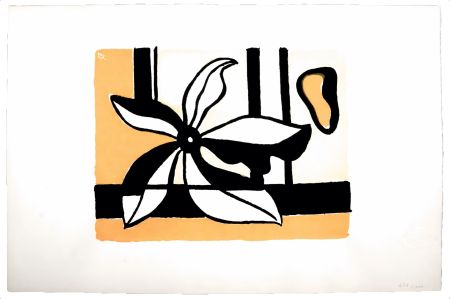 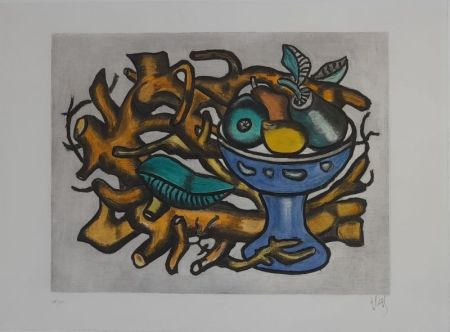 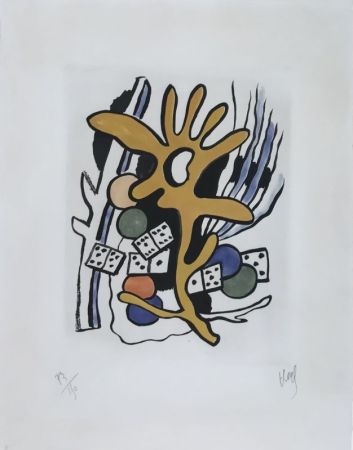 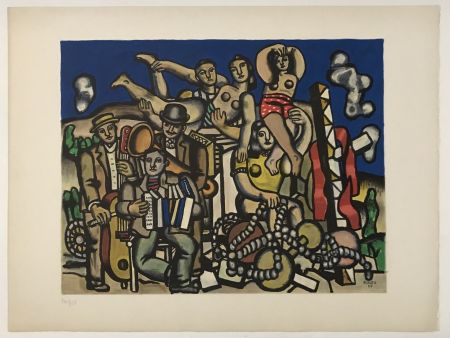 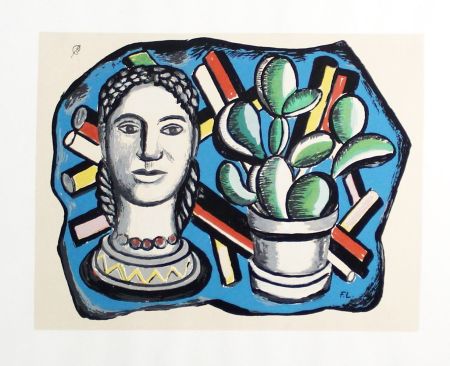 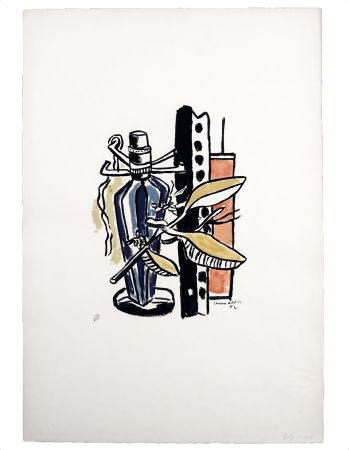 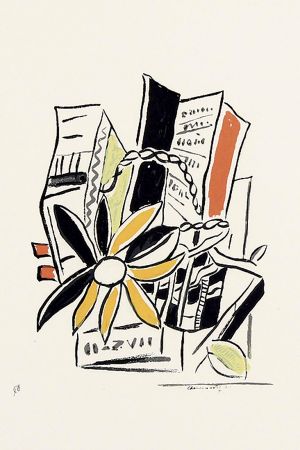 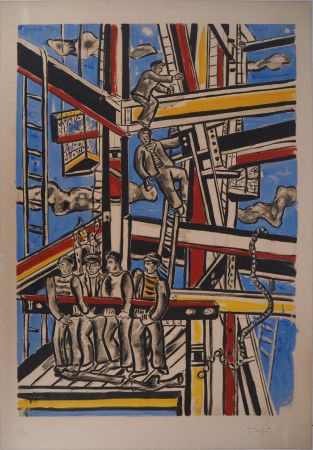 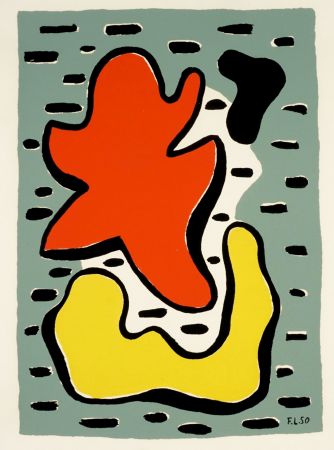 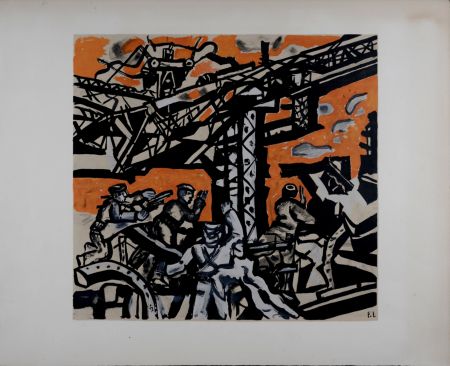