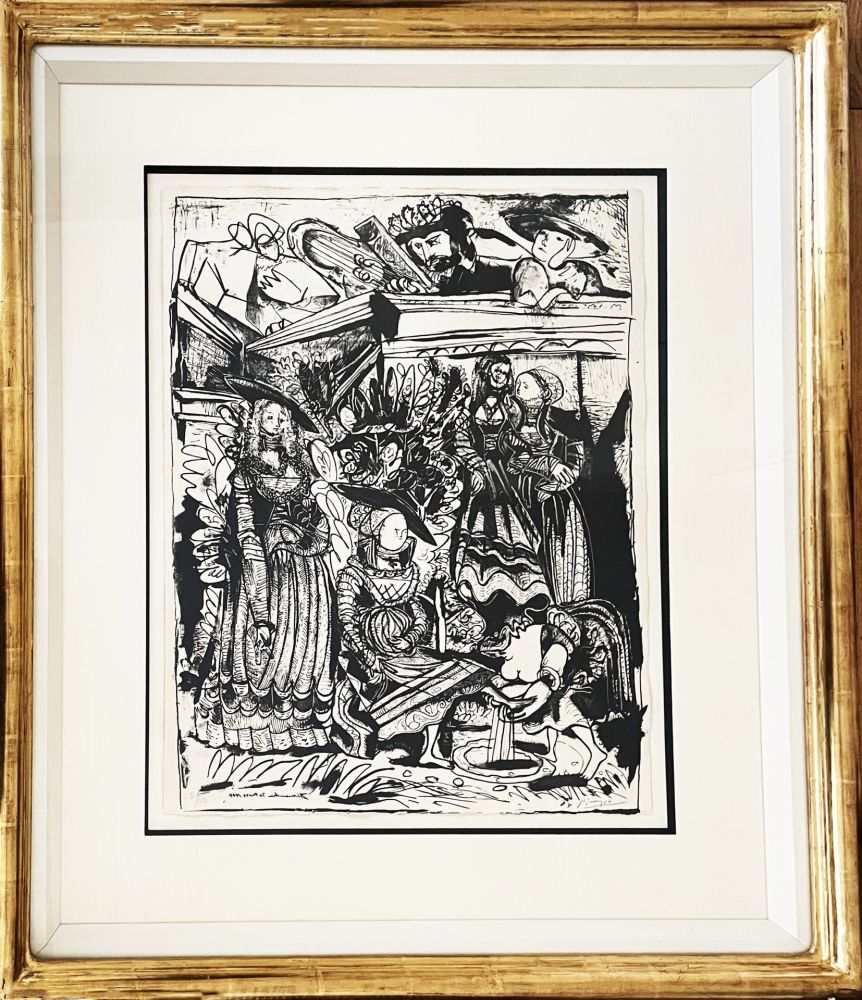 Title: David and Bathsheba (After Lucas Cranach)
David and Bethsabee (d’apres Lucas Cranach)
Medium: Original Lithograph, Paris, 3/30/1947, wash, drawing, scraper on zinc, 2nd and published state of the 10 states, on Arches paper, signed in pencil
Published by: Gallerie Louis Leiris
Public Collections:
The British Museum, London (States 2 & 8)
Musee Picasso, Paris
The Museum of Modern Art, NYC. (Inv 254.1947). Acquired through the Lillie P. Bliss Bequest.
Notes: Lucas Cranach (1472 - 1553), a printmaker in woodcut and engraving who had been Court Painter to the Electors of Saxony for most of his career. The prototype was painted in 1526, an Oil and tempera on wood, and is currently in the Gemaldegalerie, Berlin. The recent Tate Gallery exhibition “Picasso: Challenging the past” dealt with the artists perception of himself as part of a long artistic heritage building on the examples and methods of previous generations. In the catalogue for this work the affinity Picasso felt for Cranach is clear and this very piece is used to illustrate this point. Picasso did feel a sense of rivalry with some artists of previous generations but his admiration for Cranach was deep and well inspired.
“David and Bathsheba” was a work which especially appealed to Picasso and his interpretation of it was made in 10 different states of this print. The artist’s creativity knew no bounds in constantly re-inventing this image in so many dynamic and different ways.
The Biblical story of King David and his love for Bathsheba also appealed to Picasso. The story was that Bathsheba was the wife of a general, Uriah the Hittite. King David, while walking on the roof of his palace, saw Bathsheba, having a bath. He immediately desired her and later made her pregnant.
In an effort to conceal his sin, David summoned Uriah from the army (with whom he was on campaign) in the hope that Uriah would re-consummate his marriage and think that the child was his. Uriah was unwilling to violate the ancient kingdom rule applying to warriors in active service. Rather than go home to his own bed, he preferred to remain with the palace troops. After repeated efforts to convince Uriah to have sex with Bathsheba, the king gave the order to his general, Joab, that Uriah should be placed in the front lines of the battle, where it was the most dangerous, and left to the hands of the enemy (where he was more likely to die). David had Uriah himself carry the message that ordered his death. After Uriah was dead, David made the now widowed Bathsheba his wife. David's action was displeasing to the Lord, who accordingly sent Nathan the prophet to reprove the king. Bathsheba was the mother of the future King Solomon.
Complementing the Cranach painting Picasso reproduced the Cranach work relatively faithfully in respect to it’s composition. In this he showed nine individuals and on a terrace was King David with his harp. Bathsheba was depicted with a servant washing her hands accompanied by three attendants. The clothes of the parties are similar in the Cranach and Picasso works. As Picasso’s states developed the work became more cubist.
Authenticity: COA from Weinstein Gallery, Geary Street, San Francisco dated 6/11/2009
Provenance: Weinstein Gallery , San Francisco, USA
Mr Robert Acosta, Tucson, AZ - purchased from above by Invoice 16784 date 20/10/2009 for the sum of US$29,000
Printed by: Mourlot Freres, Paris 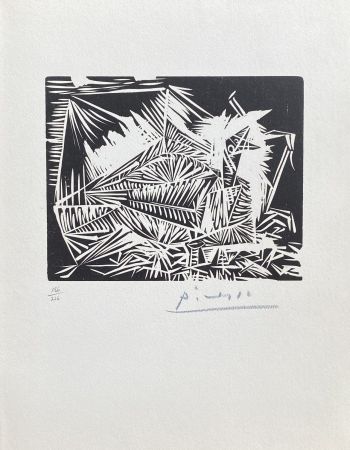 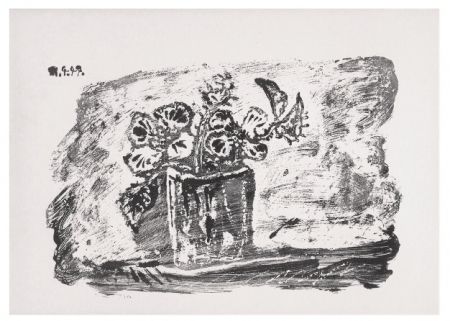 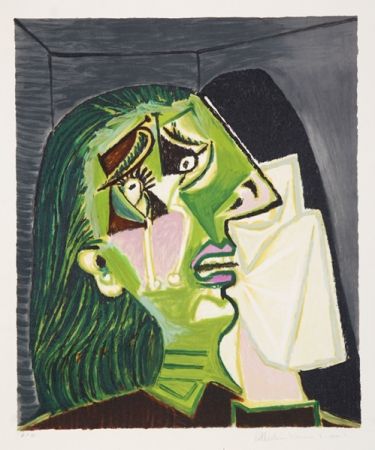 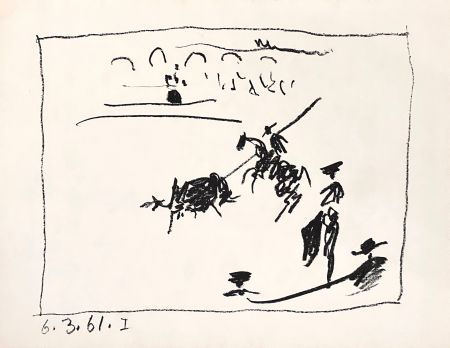 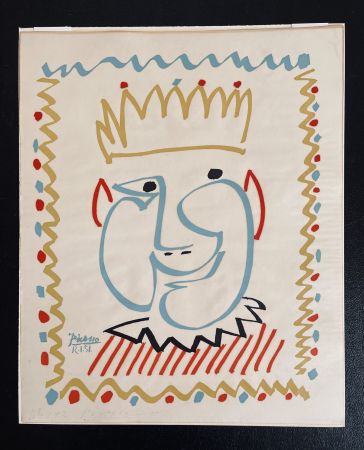 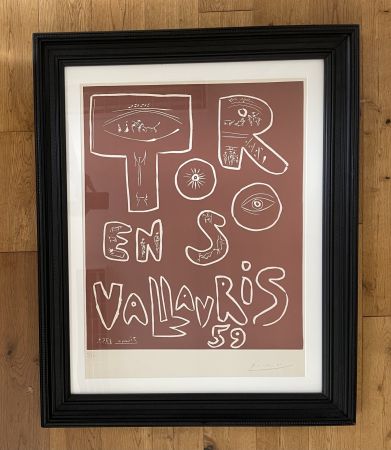 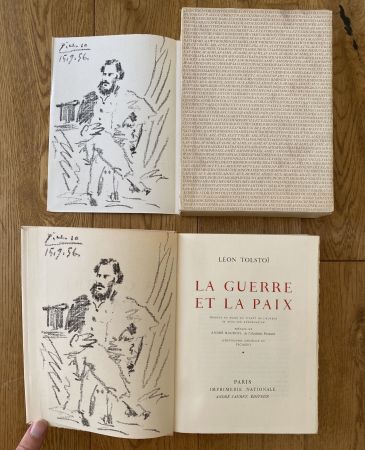 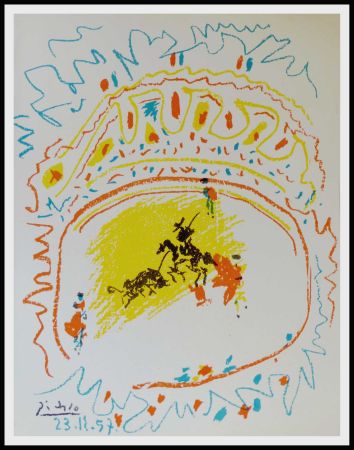 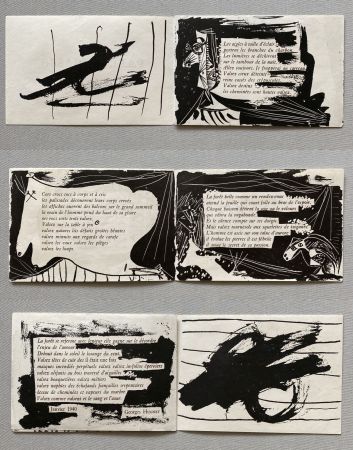