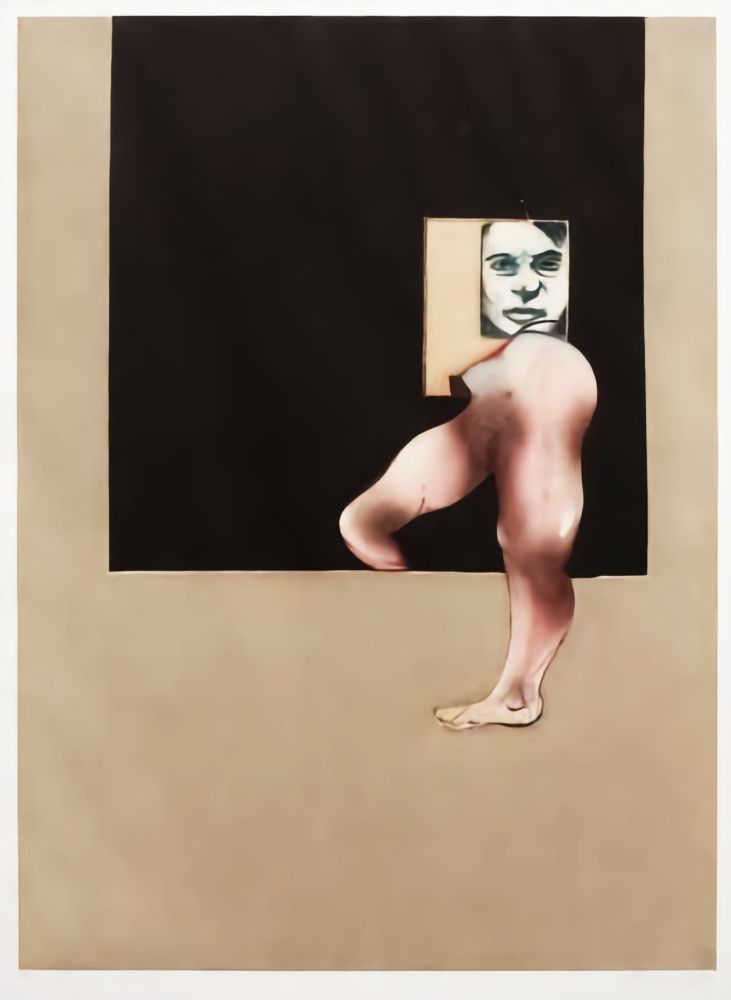 Title: Tryptych 1991
Medium: Aquatint in colours, 1992, on Fabiano paper, with the artists stamped signature, bottom right under the image, on the plate dry stamp of the Francis Bacon Estate
Edition: 84
There were 84 copies with Arabic numbering and 26 EA with Roman Numbering.
Literature: Bruno Sabatier: Francis Bacon: Oeuvre Graphique (Catalogue Raisonee) Number 9
Francis Bacon: Estampes - collection Alexandre Tacou Number 31
Published by: Marlborough/2C Rome
Printed by: Vigna Antoniniana, Rome
Size: Paper: 121 x 163 cms, Image: 135 x 100 cms - Framed size 128 x 171 cms.
Note: The prototype for this piece is a Triptych in the Museum of Modern Art. This was an Oil on Linen consisting of three panels each 198 x 147 cms. This was Bacon's final triptych, made at the end of his career, a composite figure steps in and out of stage-like spaces. Seemingly nailed to the canvas are closely cropped headshots of Bacon's face, at right, and, at left, that of a Brazilian racecar driver, placed above muscular lower bodies. The triptych form is rooted in Christian religious painting; the center panel is traditionally reserved for the object of devotion. Here, an abject mass of flesh spills forth from the black niche. Bacon said his triptychs were "the thing I like doing most, and I think this may be related to the thought I've sometimes had of making a film. I like the juxtaposition of the images separated on three different canvases.” In Volume IV of the Francis Bacon: Catalogué Raisonné 2016, Martin Harrison, FSA says of the painting:
‘The black rectangles resemble tomb slabs, or entrances, from which Capelo appears to advance and Bacon recede. Since, however, uncertainty remains concerning the direction the figures are taking, Bacon may again have been thinking of the Queen’s Chamberlain in the doorway at the rear of Velázquez’s Las Meninas, in which case his substitution of a black void for Velázquez’s flood of light is all the more poignant.’
In April 1992, against the advice of doctors and friends, the artist travelled to Madrid to see Capelo. He became unwell soon after, sadly passing away at the age of eight-two on 28 April. Our work was published by the Estate shortly after the artist’s death.
Condition:All Blind-Stamps and numbering are clear. In Very Good Condition 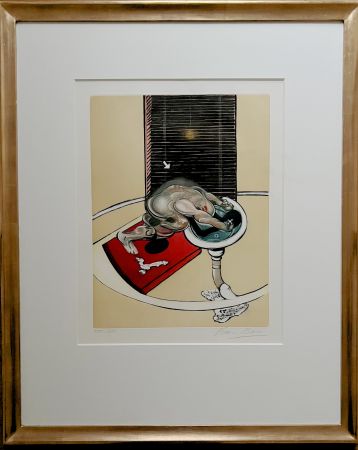 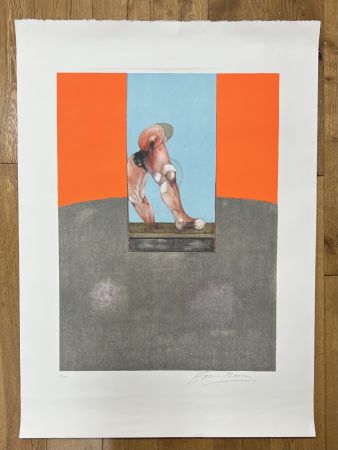 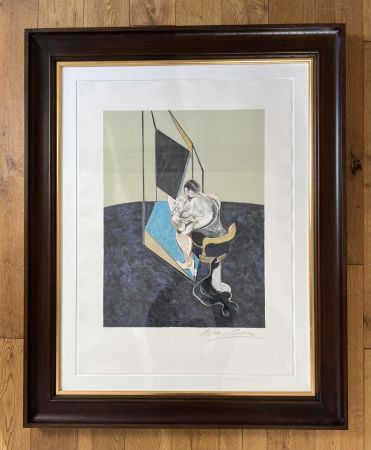 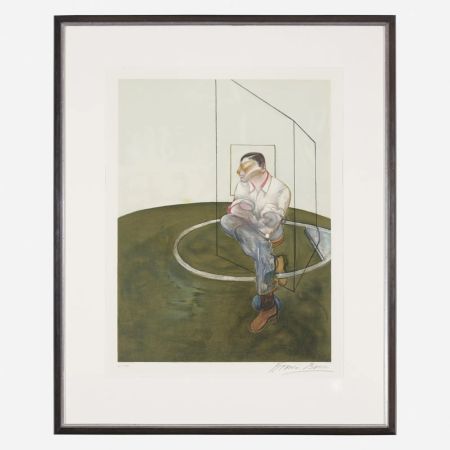 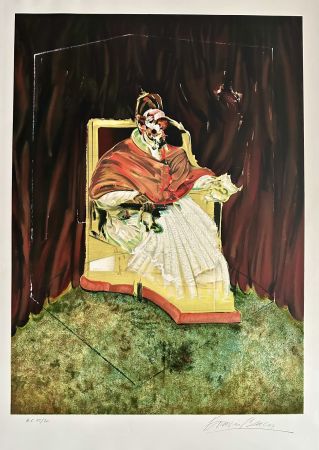 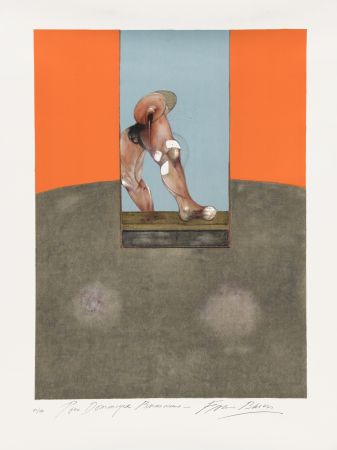 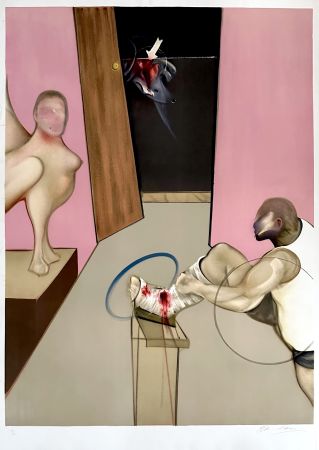 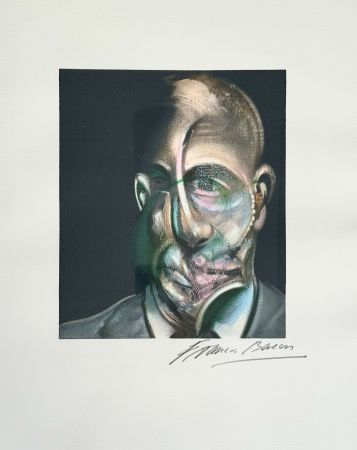